When someone experiences trauma, its physical and emotional effects can sometimes impact their children – and this can begin in utero.

You see, during times of stress, the body releases cortisol – and as you know, that’s one of the ways our body helps us cope with physically or emotionally difficult situations.

But when trauma elevates cortisol to unhealthy levels, it can have an epigenetic impact – not only on the client, but on their children as well.

So how can this happen?

Well, we created an infographic you can use with clients to help them visualize how trauma can get passed on through caregivers. 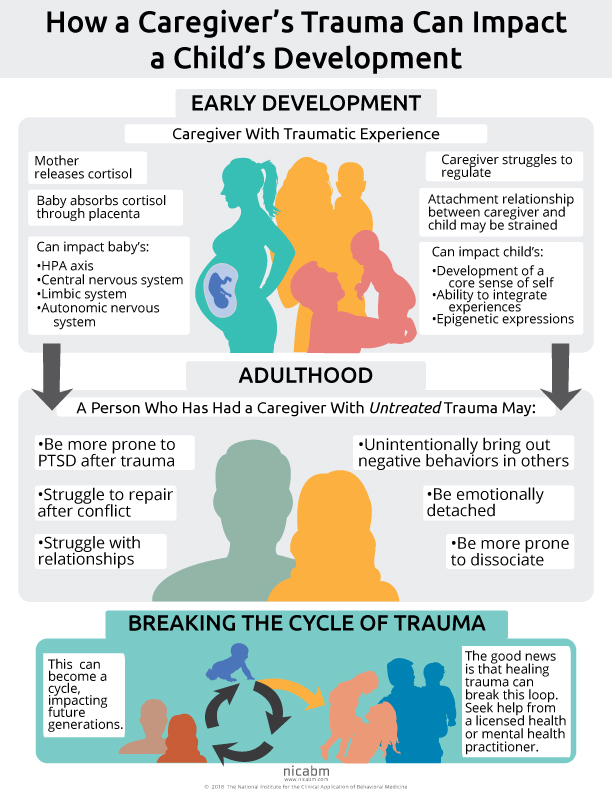 For more strategies you can use to help clients who’ve experienced trauma, be sure to check out the Treating Trauma Master Series.

It’s free to watch at the time of broadcast – you just have to sign up.

Now we’d like to hear from you. How could this help you in your work? Please leave a comment below.