According to the non-profit organization Dance for PD® (Parkinson’s disease), the answer is yes.

Because Parkinson’s is a brain disorder, some people thought it might be uniquely affected by something like dance. So they approached the Mark Morris Dance Group in Brooklyn, New York, about creating a program for people diagnosed with the disease. 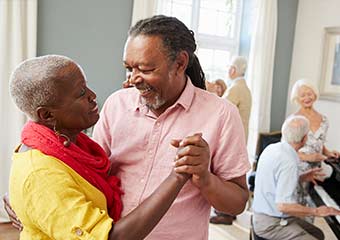 We first wrote about this program in 2011, and decided it was time to look back and see if there has been any data on its effectiveness since then.

Dance for PD® has been holding classes since 2001 and has witnessed the profound positive impact it has had among participants. But most of this evidence was anecdotal.

Scientific evidence of the program’s effectiveness was just beginning to be published.

In the nearly four years since I first started following Dance for PD®, the science has caught up. I heard about a 2015 study focusing on participants, but when I went to look it up, I was amazed at the number of studies published just in the first few months of 2015 that look at the topic.

Given this wealth of studies from research facilities around the world, I had a hard time highlighting just one. So instead, let’s look at some of the most recent findings on dance as an intervention for Parkinson’s:

One of the things that fascinated me about these studies was the sheer number of countries that are currently researching the neurological possibilities of dance for people with Parkinson’s.

This is a treatment strategy that could be used anywhere in the world.

And then, let the neuroplasticity begin.

In our Practical Brain Science series, we’ve been talking about practical and innovative strategies for working with the power of neuroplasticity to strengthen and heal the brain – click here to sign up.

What are your reactions to using dance as a therapeutic intervention? Are there other innovative strategies you’ve used effectively with patients? Please leave a comment below.