It was an ordinary, sunny Sunday in January just over five years ago that would change our lives forever. . .

On a walk with Christine Huda, NICABM’s Executive Director and my long-time partner, we were discussing the fact that she’d been having trouble talking recently.

“You’ll see your physician tomorrow,” was my response.

The working hypothesis became a minor stroke but an MRI was ordered while her physician took on the job of talking Christine out of attending the 11 day Vipassana retreat she’d had planned. 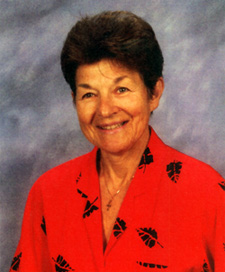 I should stop for a moment and tell you that Chris was a nurse. As we sat in the car two days later, she pointed immediately to a huge tumor in her brain on the barely-dry X-rays that we received after her MRI. Even I, a psychologist with no experience in reading brain scans, could tell that this wouldn’t be good.

She was admitted to a major hospital in Hartford for more tests. The following morning, just before 7 AM, her attending neurologist told her she most likely had stage-4 brain cancer (gliolblastoma).

In a previous blog, I brought up the issue of the trauma-inducing effect of hearing that you or a loved one has a diagnosis of cancer. This was certainly true for Christine.

During the subsequent months of treatment, her conversation often went back to that scary first day. She described what to me sounded like flashbacks – vivid, intrusive images of this doctor standing over her telling her life would never be the same while she lay alone in a hospital bed.

It’s too easy to blame a doctor when getting a bad diagnosis, but might there have been more he could have done to treat the whole patient?

Not just the diagnosis and the upcoming course of surgery and treatment he was recommending but also her soul and mind? Perhaps even just waiting long enough to be sure a loved one was present while he delivered what would be a life-changing message.

We think of PTSD in terms of combat, rape, violence, even auto accidents. But I would encourage us to also consider it a possibility when treating cancer patients or survivors of heart attacks.

NICABM has created several series for the treatment of traumas stemming from all kinds of sources.

We’ve featured experts discussing innovations in treating trauma that you will be able to apply directly to your own work.

Meanwhile, leave a comment and tell us your thoughts – have you seen PTSD co-occurring with serious medical diagnosis?