A while ago, I went to a concert at the University of Connecticut. An orchestra from Germany was playing the music of Beethoven, but I came away with an appreciation of . . . 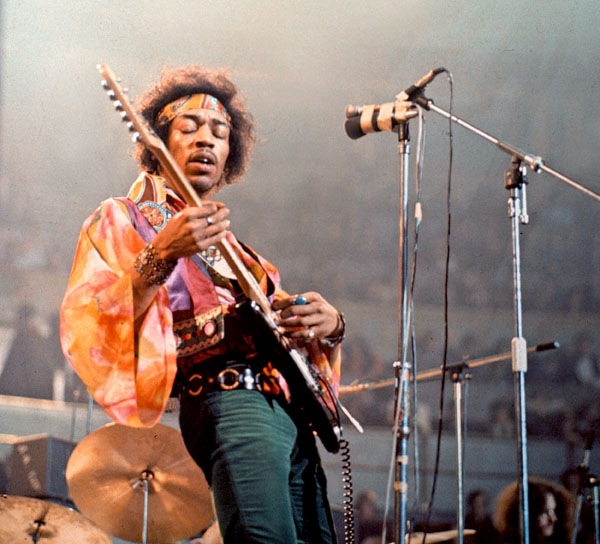 It might sound rather unlikely, but stay with me here.

Because as it turns out, even though the musical styles of Ludwig von Beethoven and Jimi Hendrix are very different, there’s an interesting connection between the two.

You see, before the concert, I went to an eye-opening presentation led by Alain Frogley, Professor of Music History at the University of Connecticut.

He’d just come from giving a lecture on Jimi Hendrix to students in the pop music club, and noted a slight feeling of “whiplash” in transitioning his talk from a 1960s-era rock icon to one of the 18th century’s (and beyond) most influential composers.

But here’s where it gets interesting.

These two men have much more in common than mere musical genius.

First, consider this: both pushed the boundaries of their day.

I think a lot of us remember (or at least remember hearing about) Jimi Hendrix’s infamous performance at the Monterey Music Festival in 1967, the one where he set his guitar aflame before smashing it to pieces, which he then hurled into the crowd. 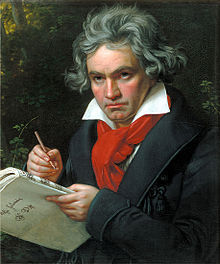 As for Beethoven, he became quite well-known in his own right for banging so violently on his piano that he’d just narrowly avoid breaking it altogether. What wasn’t as well known at the time was his reason behind this: Beethoven was going deaf.

What’s more, both men were heralded as visionaries by their peers, and the music of both has withstood the tests of time and taste over decades (in Hendrix’s case) and centuries (in Beethoven’s).

But I think what struck me most of all, in learning about both musicians alongside one another, is that each had to deal with a life-changing traumatic experience in his abbreviated life.

What must it have been like for a prolific composer like Beethoven to lose the one sense he relied on most for musical expression, creativity, and his very livelihood? Just 30 years old when he began losing his hearing, Beethoven stopped performing publicly shortly thereafter.

And why did Hendrix turn to the drugs that ultimately cut his own life short? Could it have been a way of dealing with the trauma of a turbulent childhood marked by reported abuse?

It got me to thinking – some people can endure an enormous amount of trauma and still live a vital and creative life, while others seem overwhelmed by what they’ve experienced.

We need to know a lot more about trauma to really understand this.

And, even more than that, we need to know a lot more about how to treat people who have suffered from trauma.

How do you work with patients who can’t seem to overcome the effects of trauma? Please share your comments below.