On February 12, 2015, President Obama signed the Clay Hunt Suicide Prevention for American Veterans Act. The purpose of this act is to provide help to US veterans suffering from PTSD.

This legislation provides funding for the study of new trauma treatment strategies as well as for recruiting more mental health practitioners to work with veterans. 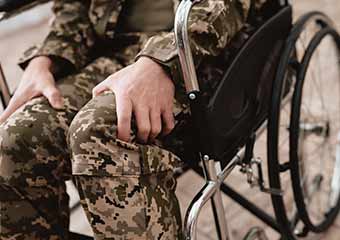 When the bill was voted on, it passed with no opposition. I believe this action highlights a massive shift in thinking within this country over the past few decades.

You see, my generation is sometimes referred to as a lost generation. Thousands of young men were forever changed by their military service during the Vietnam War.

And when they returned, there were few mental health resources available for them.

Fast forward to the present when another generation of young men and women are returning from war. Although much more assistance is needed, we now have more strategies and resources available to address resulting mental trauma, including those newly made available in this bill.

[bctt tweet=”Overall, more needs to be done for all people who experience trauma and develop PTSD, not just veterans.”]

Now, I want to point out that there are many stressful events that can lead to the development of PTSD, war-related events being only a few. While I applaud the passage of this bill overall, more needs to be done for all people who experience trauma and develop PTSD, not just veterans.

One of the reasons that passage of this new bill was possible could be because of new research that illustrates the causes of and harm done by PTSD. For example:

There are plenty more negative neural and overall adverse health effects of PTSD, but you get the picture.

PTSD can be terribly debilitating, not only to the person experiencing it, but also to their friends and family members. That’s why it’s critical to learn how we can apply the most effective treatment strategies that are based on the latest research, so we can relieve suffering and help people begin to heal.