I’m going to share a not-so-secret secret with you: I love telomeres.

If you follow my blogs, you may remember me mentioning telomeres in the past, because, well…they just fascinate me.

Many researchers now use telomere length to determine cell age – and with it, brain deterioration.

I’ve reported on the recent research findings that exercise has been shown to maintain long telomeres even as you age.

New researchers at the Universities of California at Davis and San Francisco are continuing our understanding of telomeres, looking at how intensive meditation affects them.

These researchers, who include Nobel Prize winner Elizabeth Blackburn, PhD, are involved with the Shamatha Project, a longitudinal study of the health effects of meditation on the brain and body. 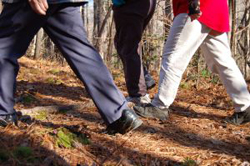 As part of the project, a study was undertaken with 60 participants, 30 in the retreat group and 30 in the control.

The wait-listed control group did not attend the retreat, but were otherwise matched in terms of age, gender, body mass index, and meditation experience.

Telomerase activity was measured post-retreat in both groups and was shown to be much greater in retreat participants (telomerase is an enzyme that can rebuild and lengthen telomeres) than in matched controls.

There are some things that you could fault with this study. I wish they had used a randomized design and I wish that they had taken telomerase measurements before the treatment as well as afterwards.

Still, the findings are intriguing and science often begins with imperfect first steps.

You can read the study findings in the June 2011 edition of Psychoneuroendocrinology.

Would you like to know more about the effects of meditation on the brain? If so, check out our Mindfulness Webinar Series.