What are the differences between guilt and shame? And how could it help our clients to have a better understanding of those differences?

We thought it could be useful for you to have a side-by-side comparison of these powerful emotions that you could share with your clients.

Because understanding these differences could help our clients begin to dismantle their negative self-judgments.

Infographic: Here’s a tool you can use to help clients work through self-criticism and shame. Click To Tweet

So we created this infographic. (Please feel free to make a copy to give to your clients.) 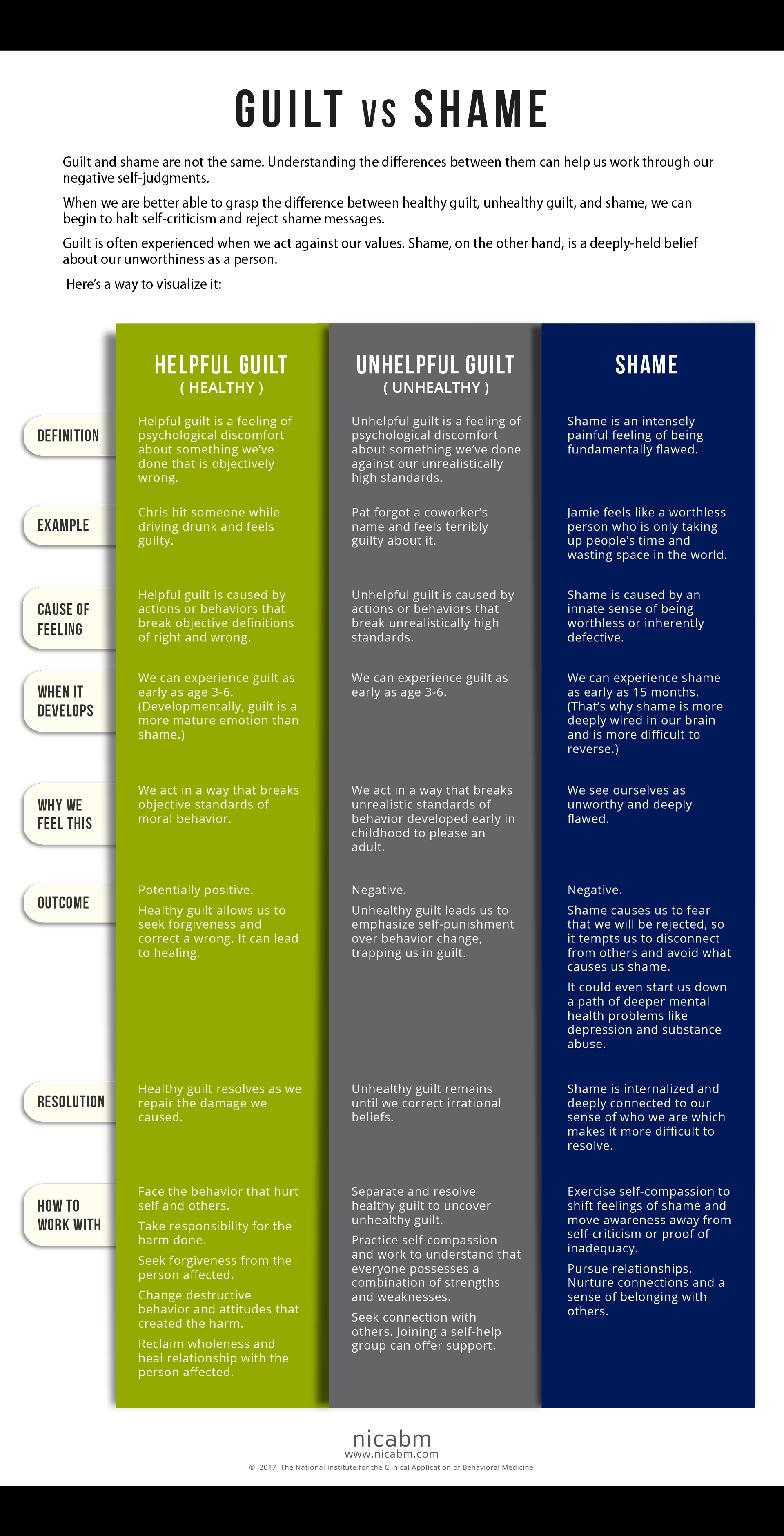 (When you make copies to share, please be sure to include the copyright information. We put a lot of work into creating these resources for you. Thanks!)

How have you helped a client who struggles with feelings of shame? Please leave a comment below.